Kim Namjoon or popularly known as Rap Monster, RM, or simply Rap Mon is the frontman and leader of BTS a South Korean boy band that has been taking the world by storm. As you can see on the title, he is considered the tallest member of the group. In fact, his height is 5 feet 11 inches (181cm).

But apart from being the tallest, there are still other facts that you might not know about BTS Rap Monster. So if you’re a huge fan of BTS or RM himself, listed below are the 10 facts about him that you need to know.

The majority of BTS members know how to rap. But, RM is considered the main rapper of the group and perhaps it is the main reason why they called him Rap Monster. In actual fact, Kim Namjoon began his music career as an underground rapper. At that time RM’s stage name was “Runch Randa”.

Nevertheless, he also collaborated with Warren G an American rapper on the 2015 single Please Don’t Die (P.D.D.) He also revealed that rapping helps him get over stress.

Aside from Korean, Rap Monster is also capable of speaking other languages fluently including English as well as Japanese. In order to learn English, Rap Monster watched Friends a very popular American sitcom for a couple of times. And while the remaining members of BTS studied Japanese as a trainee, he continues to study Japanese on his own after the debut.

On the TOEIC (The Test of English for International Communication), Rap Monster accomplishes an 850 when he was still in junior high. Apart from that, RM was also a part of the 1.3 percent of the nation in the preliminary university entrance examinations for social studies, foreign language, math, and language. And don’t be surprised because according to the report Namjoon has an IQ of 148.

Nonetheless, Rap Monster went to Apgujeong High School and then attended Global Cyber University. In addition, he majored in performing arts and broadcasting as well as studied in New Zealand for a short period of time.

Namjoon’s parents expected him to secure a regular job considering his performance in terms of academics. But his passion and love music as well as the company he kept succeeding. And take note, he persuaded both his mother and father to let him become a full-time rapper.

Apart from being a rap monster, RM is also writing his own song and producing music. Further, he released music as a solo artist. RM’s debut mixtape known as RM was released in 2015 (March) by the Big Hit Entertainment. The songs included in this mixtape are:

On the other hand, the tape also features original beats from J. Dilla, J. Cole, and Major Lazer. And in fact, his debut mixtape belongs to the 50 best hip-hop albums by Spin Magazine in 2015. For the soundtrack of the film entitled Fantastic Four, he collaborated with Marvel.

Further, he wrote the No More Dream’s lyrics because he had no dream when he was still studying or in school.

All in all, Rap Monster produced and composed more than 100 songs.

Though he was dubbed as “dance prodigy” by his company staff and dance teacher actually Rap Monster was so bad at dancing. But regardless of this fact, RM thinks about their choreographies most especially if he cannot sleep.

Perhaps, he can dance battle with EXO’s dancing machine Chen.

Do you want to know why the other members of BTS called Rap Monster the “God of Destruction”? If yes, then there’s no doubt you’re a big fan of him. But if not, then this is the right time for you to know the truth, Rap Monster destroys everything he touches. Doorknobs, bunk bed ladder, clothes, sunglasses, you name it.

In addition to singing, rapping, producing music, and a little bit of dancing, BTS member Rap Monster loves doing other things such as ice skating, mountain climbing, photography, cycling, walking in the park, and surfing the web.

Nevertheless, this talented guy loves monitoring events as well as reading news. So if you want to have an idea about the latest news and happenings you can ask Rap Monster for some information.

Did you know that Rap Monster is a great book lover? Yes, he is. As a matter of fact, he already read a lot of books with different genres such as:

In particular, BTS’ group leader isn’t known to be dating any person. On the other hand, Rap Monster once said at one interview that if he ever had a partner not involved in showbiz he would need to say sorry constantly to her due to his busy schedule which gives home sufficient time for things like dating.

Apart from being smart, talented, and good-looking, indeed, Kim Namjoon is a very supportive individual. As a matter of fact, he supports the rights lesbian as well as gays. Further, this is also one of the many reasons why a lot of people like and adore him.

Apart from the above-mentioned facts, there are still lots of things that you might not know about RM. But nevertheless, RM already achieved lots of achievement at his very young age. And by the way, he is also the oldest BTS member and his favorite number is one.

Why does BTS still release songs on SoundCloud? It’s no denying that Korean boy group BTS has had massive success globally starting from 2017! Since the end of December, the guys from BTS have released solo tracks on the free streaming platform SoundCloud for their fans to enjoy. It all started with member Jimin’s release...

Top 10 Facts About Worldwide Handsome, Jin Maybe you have heard of the South Korean boyband BTS or Bangtan Sonyeondan before. If you do, then you must have noticed this one member who is oozing with handsomeness and confidence. If you are part of the ARMY or the fans of this K-pop group, you perhaps...

BTS I AM ARMY Sweatshirt [6 colors] 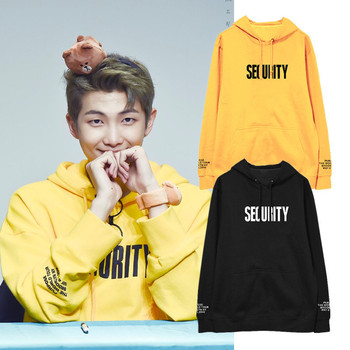 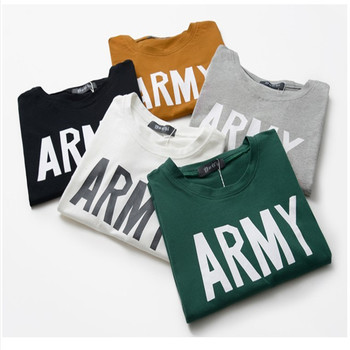