Park Ji Min or Jimin is one of the most popular South Korean singers, songwriters, as well as dancers these days. Other than that, he is also a member of the popular Korean pop boy group BTS or also known as Bangtan Sonyeondan. On the other hand, this band has become very popular not only in Korea but in other countries as well.

Nevertheless, Jimin was born on October 13, 1995, and he’s currently twenty-one years old. This BTS member stands 173cm tall and weighs about 60kg. Further, he was born in Busan thus, Jimin is South Korean by birth.

Because of his talents, good look, and positive attitude lots of people do like Jimin. If you’re a big fan of this BTS member, for sure, you already know what makes Jimin so cute. But, if you’re not an avid fan and you’re starting to like him then this is for you.

In this post, we have compiled 10 reasons Why BTS’ Jimin is so cute. So if you ready to know more about this then let’s get started.

Why Jimin Is So Cute?

There is no doubt Jimin’s charm is very enticing and simply irresistible which gives him a cuter look. If you are really a big fan for sure you’re aware that his charm and in interviews and even on stage have brought Jimin in Twitter’s top trends all over the world a couple of times. As a matter of fact, the way breathed on stage in Los Angeles went viral.

We all know that an angelic smile is one of the easiest yet best techniques to turn a person’s day around and this is what Jimin does both on and off camera. In fact, this is one of the many reasons why he attracts people’s attention with ease. His angelic smile makes him even much cuter and lots of ladies fell in love with over and over again.

While most gentlemen out there feel embarrassed and uncomfortable dressing as a woman, Jimin thinks of it in the opposite way. He thinks that he looks pretty dressed as a girl. To all his fans all over the world, you know, he is not entirely wrong.

Jimin proved that not only women know how to give advice when someone else’s having a hard time dealing with his/her problem.

In the actual fact, BTS members V, Suga, Jungkook, RM, Jin, as well as J-Hope have often agreed that Jimin is who they go to whenever they have problems or need someone to talk to. V, on the other hand, has talked about how meaningful their friendship is because Jimin is for him at all times there.

According to RM, Jimin is the type of person who needs lots of attention and love. Generally, clingy people tend to get by with persons who would they cling to. In addition to that, they are friendly and cute, as a result, other people want to be near to them.

Either way, Jimin’s behavior like covering himself through other BTS members’ shoulders and offering them back cuddles are cuter due to his small height compared to the rest of the band.

Jimin is persistently being teased by the other BTS members because of his small height and hands. Did you know that the difference between the size of Jimin’s hands and his members’ particularly V is unbelievable?  But, nevertheless, he looks so cute and small most especially when he is standing beside his members.

On the other hand, the size of his shoulders, as well as chest, stakes in comparison to Jin. But what makes him even cuter? He can escape from all types of situations owing to his small height and body.

Some people are cuter when they dance just like Jimin of BTS. As we have said a while ago, he loves dancing and in fact, he practices often with Jungkook. Either way, they have solid dancing chemistry.

In one interview, Jimin honestly confessed that among all the superheroes, Hulk is his favorite simply because everybody likes Iron Man. Nevertheless, Jimin revealed that the main reason why he chooses the said character is that he loves how Hulk smashing the whole thing without being choosy. Hulk does not try to be devious, he only takes over whatever is in front of him, Jimin added.

Jimin speaks that his eyes are the most appealing part of his body. But many people think that it’s his voice. Actually, in BTS, all of them have strong voices. However. His voice is quite similar to a nightingale. Take note we are not saying that the rest of the group has an unappealing and bad voice.

Further, you can feel his nice and appealing voice in different music such as Rain, “Best of Me”, “Anpanman”, and “Boyz with Fun”.

There is no doubt, Jimin is a very talented and good-looking person that possesses a good attitude not only to his fellow members but to other people as well.

Nevertheless, after reading the information above, do you believe that Jimin is a cute person?

BTS (Bangtan Sonyeondan, 방탄소년단 literally meaning “Bulletproof Boy Scouts”), also identified as Bangtan Boys, is the number one name in the K-Pop industry. As one of the band members, J-Hope says the name implies the group’s hope “to block out stereotypes, judgments, and expectations that point at adolescents like bullets” They earned worldwide recognition on...

Top 10 Most Popular K-POP Male Boy Group in 2019 South Korea recognized in the world not just for their food, fashion but also in their unique music and dance routines. Korean pop or K-pop is now a popular music genre that originates in South Korea and describes to be a modern form of Korean... 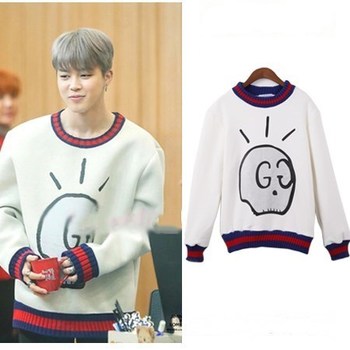 I love you jimin