Almost all young people loved the Korean series, movies, and music. We may have different languages and cultures, but it is not a hindrance to idolized the Korean actors, actresses, and singers. Many of the Korean fans tried to study their language and also practices to write their alphabets. They also inspired by the fashion styles of the Koreans.

Others also love Korean music, even though sometimes they cannot understand what music is all about. They are after the melody, the steps of dance music, and the singers. Mostly, the fans of Korean music or K-pop are girls who really appreciate the beauty, looks, and talent of the members of the group.

There are so many K-pop groups like Momo Land, Black Pink, Red Velvet, Girl’s Generation, BTOB, EXO, and BTS.

One of the famous Korean boy band now is the BTS. They have 7 members, namely V, J-Hope, Rap Monster, Jin, Jimin, Jungkook, and Suga. All of the mention names are just stage the name of the members.

One of the members is V, his name is Kim Tae-Hyung. Aside from being a singer, he is also a songwriter and an actor in their country, South Korea.

Of all the 7 members of the BTS boy band, Tae-Hyung is the most popular. I can see many fans cheering for Tae-hyung when the BTS band is mentioned.

Why is Tae-Hyung, a BTS band member, become so lovely?

Here are the 10 reasons

All fans are searching for the background of their idol which makes them fall in love deeper to their idol.

And the profile of V is the below list.

He is really matched being in the BTS boy band. Because whatever song he sings, he is putting emotion in there. He has a round and big voice which sounds so manly. And he may not be the main vocalist in their group, but his voice is stunning out because it is different and unique.

Fans are wishing for him to sing more lines in their future songs.

Aside from being a fan of K-pop groups, some are also Kdrama fans. And you will feel so proud to Taehyung for being part of Kdrama which is the “Hwarang: The Beginning”. He portrayed the role of the youngest student, named Hansung.

It is a dream came true for V to act in a Series. Because aside from being a singer he really wants to be an actor. As a first-time actor. He already surprises his fans for he did a great job in their series.

Well, thanks to dub smash. Because V practice his acting skills, even though he only does lip-sync and even just on his phone. And fans are also thankful for dub smash because they watched how enthusiasm, Taehyung in acting.

He is so friendly. Aside from being friends with his co-members in BTS he already develops a friendship with his co-stars in Hwarang. He also has a friend which is a member of another k-pop group, Yook Sungjae of BTOB and Suho of EXO. He met most of his friends in the music shows.

He loves children. And he respects the elders so much. That’s why fans love him so much because aside from being boyfriend material, he is also a father material too. He is close to the children and looks like a caring father when he carries a baby.

No doubt, he can catch so many fans because of his personality.

I will give you two situations which will prove that V is a genius.

Another situation is, the group will be having a flight and yet they prank V. They hide one of the bags of V. He is very worried because the important thing is in that bag. But then, after a few minutes, V realize that he was just fell into a prank, but he didn’t let them know that he already knows he was pranked. He was genius enough to handle that situation.

Whether Taehyung is smiling or not, he still looks handsome. But then it is still different looking at him while he is smiling. It was like nothing is wrong and nothing I should be worried about.

He is good in a fashion style. Anything he wears looks perfect. You can notice it, especially when you really are a fan of Taehyung. If he wears casual, you’ll feel a normal person vibe and if he wears a suit, you will feel gentleman vibe.

He is handsome in every angle and in anything he will wear.

You can see different personality on and off the stage. When he is singing, you’ll fall in love with his cool performance and serious but appealing looks. And when off the stage you’ll notice his jolliness, clumsiness, and naughty personality.

He is famous for his unique behavior, irresistible cuteness, and for being such a perfect one. You’ll really fall in love with his character, appearance, and personality.

But if you really a fan of him, you need no reason you love him.

10 Reasons to Love BTS’ Suga These days, K-pop boy bands or groups are growing very fast. But, there’s a certain group who took the world by storm no other than BTS. BTS, Bangtan Boys, Bullet Proof Boy Scouts, Bangtan Sonyeondan, or whatever else you want to call them has magnificently presented themselves as one...

Why does BTS still release songs on SoundCloud? It’s no denying that Korean boy group BTS has had massive success globally starting from 2017! Since the end of December, the guys from BTS have released solo tracks on the free streaming platform SoundCloud for their fans to enjoy. It all started with member Jimin’s release... 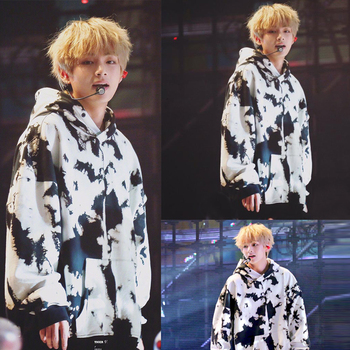