All You Need to Know About BTS Army Bomb Ver 3

All You Need to Know About BTS Army Bomb Ver 3

What is BTS Army Bomb Ver 3?

Technically it is a light stick that BTS fans can use in different ways, for example, swing around during a concert, or just use it at home, change colors throughout the app, etc.

Every K-Pop band has its own different light stick. But only for the BTS group, it is called ARMY Bomb.

What are BTS’ ARMY bombs used for?

The main purpose of the Army bombs is BTS concerts. BTS bombs are applied for ARMYs to swing around during their performance. They all are connected to Bluetooth and they change color for every bear and sound and it displays throughout the whole stadium. They look fantastic from every angle you look at. Check the image below from one of the concerts.

Despite they are made for concerts, fans buy them just for fun too or if they want to collect them. I haven’t been to the BTS concert but I have an Army bomb.

How much does the army bomb ver 3 cost?

The official Army bomb from the Kpopdeal store cost USD 69,99.

How do you connect the Army bomb to Bluetooth ver 3?

To do that you need to download the app. There are many fake apps so make sure you download the official app. Here is the link https://play.google.com/store/apps/details?id=bts.kr.co.fanlight.fanlightapp&hl=en

How to turn on concert mode?

Pick CONCERT MODE after finishing the registration of your ticket data on the App. You can experience different stage production through army bombs.

How do I change the color of my Army bomb ver 3?

When you have connected your smartphone with an army bomb, go to self mode and touch the color you want on the screen. The light stick color will change respectively.

Can a fake army bomb connect to Bluetooth?

No, a fake army bomb doesn’t have Bluetooth.

How many batteries does an army bomb need?

Does army bomb ver 3 have Bluetooth?

How many versions of BTS Army Bombs are there?

BTS has 3 versions of their ARMY Bomb. Version 1, version 2 and version 3. They all have different designs, sizes, and functions. There is also available version 3 without Bluetooth. Some call it fake, but I call it fan-made.

Will there be a version 4 Army Bomb?

Yes. But it is a secret so far. It will have the same functions as version 3 and a few new features such as the possibility to play BTS songs in concert. The army bomb Ver 4 is still in production and the estimated release date is the end of 2020.

Is it worth it to purchase a BTS Army Bomb?

Well, some people say it is worth only if you are going to attend any of the concerts but I don’t regret my choice to purchase it. It is fun to play with it anyway. It is not required or remarkably necessary thing but if you have enough money then go for it. 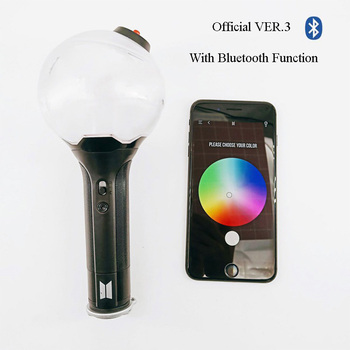