BTS (Bangtan Sonyeondan, 방탄소년단 literally meaning “Bulletproof Boy Scouts”), also identified as Bangtan Boys, is the number one name in the K-Pop industry. As one of the band members, J-Hope says the name implies the group’s hope “to block out stereotypes, judgments, and expectations that point at adolescents like bullets” They earned worldwide recognition on Billboard Music Awards as the Top Social Artist of the Year, defeating Justin Bieber’s 4 years of consecutive victories. And they are the only K-Pop group to be nominated in on Billboard Music Awards. Their nomination as the Top Social Artist raised their popularity not only in South Korea and Asia but also throughout the world. In the group participate 7 attractive, talented, and enthusiastic members, with Rap Monster as their leader. Their debut was on June 13, 2013, and since then the band has won 47 awards with 75 nominations, making them the most victorious boy bands in K-Pop history.

V likes to cut his garments.

Jungkook sleeps with a lot of pillows. Other members say: “He always took our pillows!”

V reads a book when he can’t fall asleep. Reading makes him slow and sleepy.

Once Suga said that he is not too interested in Kpop girl groups.

Taehyung likes to talk to the fridge when he is hungry.

When V will have children he will name them Taeguk (girl) and Taekwon (boy).

A member who usually uses the bath the longest time is JungKook.

Maybe once Suga will change his mind but now he doesn’t want marriage and kids.

Rap Monster is so good at rap because he read a lot of books while writing lyrics. In that way, he increases his vocabulary.

Jin would steal Jimin’s abs if he could steal other members’ specialties.

Earlier JungKook was very shy, he didn’t want to sing in front of other people because of his sweet voice.

Rap Monster wrote lyrics while he was in school.

Other members say that Jimin is the best listener.

JungKook said he would date Jin if he were a girl.

Despite the fact that Jimin is in really good shape he calls himself a “pig” and thinks he is fat.

Jimin believes that group weakness is that they’re very noisy.

V gives the best support and service during fan meetings.

RM IQ is 148. He is very smart, he was listed in the top 1% of the country in his high school exams.

J-Hope dislikes to exercise/ work out.

J-Hope loves to take pictures because he thinks that’s the best way to store memories.

We all love BTS and if you are a real fan you need BTS merch either it’s a BTS hoodie, jacket, pants, jewelry, backpack, phone case or anything else. If you still don’t own any and you can’t decide what you want then you are in the right place. I made this blog post to...

10 Reasons Why BTS’ Jimin Is so Cute Park Ji Min or Jimin is one of the most popular South Korean singers, songwriters, as well as dancers these days. Other than that, he is also a member of the popular Korean pop boy group BTS or also known as Bangtan Sonyeondan. On the other hand,... 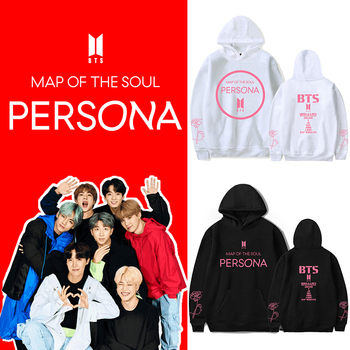