BTS – the legendary South Korean boy band also known as Bangtan Boys – is a K-pop sensation that appeals to a global audience with its energetic dance and hip-hop performances. The band has been formed by Big Hit Entertainment and comprises of seven band members in total: Jin, J-Hope, Suga, Jimin, V, Jungkook, and Rap Monster or RM. The band performs a mix of pop and rock with rap. The dominant styles followed by BTS consist of Korean Pop, Asian Pop, and Pop-Rap.

Bangtan Sonyeondan is the Korean term used for ‘Bulletproof Boy Scouts,’ hence the term Bangtan Boys for BTS. The band welcomed its members through a series of auditions in 2010-2011 and was finally formed in 2012, roughly 2 years later. Although the original line-up that had qualified for Big Hit’s ‘Hit It’ auditions was slightly different, these seven members were finalized in 2012.

BTS has released a total number of 29 music videos and 22 singles to date. The social media presence of the Bangtan Boys is vast and far-reaching, which allows them to entertain and appeal to a larger audience, especially the younger generation that finds escape in music, be it any sort and genre. BTS owns 4 studio albums and 2 Japanese albums – ‘Wake Up’ and ‘Youth.’ The boys have been on 3 world tours and 4 tours within Asia. They have also starred in a variety show on SBS-MTV that runs by the name ‘Rookie King: Channel Bangtan.’

Biography of the Band Members

The band member Rap Monster’s real name is Kim Nam-Joon, who is known as a South Korean rapper, record producer, and songwriter. He is also the lead member of BTS. Kim Nam-Joon was born on September 12, 1994, and attended Global Cyber University. Rap Monster has a list of released tracks as an underground performer prior to becoming a BTS member. He is also known to have collaborated with Zico in one of his songs as a rapper.

Jin’s actual name is Kim Seok-Jin and is a singer for BTS. He was born on December 4, 1992, and he studied film arts at Konkuk University between 2011 and 2017 and later attended Hanyang Cyber University. He was street-casted for Big Hit’s auditions prior to becoming a BTS member.

Min Yoon-Gi goes by the name Suga in BTS as a rapper. He had been an underground rapper in Daegu prior to joining the Bangtan Boys. Another one of his stage names is Agust D. Min Yoon-gi was born on March 9, 1993, in Daegu, South Korea.

J-Hope’s real name is Jung Ho-Seok who was born on February 18, 1994, in Gwangju, South Korea. He is known for his exceptional rapping abilities in BTS and is also a choreographer for the band. J-Hope was a street dancer prior to his debut with BTS. His dance troupe was known by the name NEURON.

Park Ji-Min prefers to use his real name as his stage name as part of the Bangtan Boys. Jimin was born on October 13, 1995, in the Geumjeong District of Busan, South Korea. Jimin is also a singer and choreographer for BTS. He was a student at Busan High School of Arts, learning dance there, and was later transferred to Korea Arts High School where he and V studied dance together.

Kim Tae-Hyung goes by his stage name V in BTS. He is known as a singer and songwriter for the band. V was born on December 30, 1995, in Daegu, South Kora, and studied dance at the Korean Arts High School prior to becoming a member of the Bangtan Boys.

Jeon Jeong-Guk or Jungkook is also a singer, rapper, and choreographer for BTS. He was born on September 1, 1997, in Mandeok-dong, Busan, South Korea. Jungkook was a participant on Mnet’s ‘Superstar K’ prior to auditioning for BTS.

After the formation of the band, the group’s debut was held on June 12, 2013, when they released their first album “2 Cool 4 Skool.” The first song from this album to debut on that day was ‘No More Dream,’ which managed to captivate the South Korean audience such that it led to BTS winning the New Artist of the Year award at the 2013 Melon Music Awards.

This was not the only award that BTS grabbed during their debut year. Later that year, BTS was awarded the Golden Disc Award for the Best Newcomer Artist. Later in 2014, they won the prestigious Seoul Music Award as well.

BTS released their first mini-album with only 10 tracks under the name O!RUL8,2?, while the second mini-album of the school trilogy was made public on February 12, 2014, named ‘Skool Luv Affair.’ The album’s title track ‘Boy in Luv’ was another hit that managed to secure a top 3 ranking on Billboard’s World Album Charts. Later, the boy band once again managed to impress the global audience and fans with another hit called ‘Just One Day’ on April 6, 2014.

After mesmerizing the South Korean population with their super-hit debut performances, BTS took off to Japan on April 23, 2015, for their very first Japanese album that had their original album songs translated into Japanese. Their first studio album was called ‘Wake Up’ which featured two original Japanese tracks, namely ‘Wake Up’ and ‘The Stars.’

The boy band was also invited to Russia for a festival aimed to promote tourism between Russia and South Korea. The band members were called as judges for a few K-pop performances in the festival and were later requested to perform for the Russian audience. Their first concert tour ‘2014 BTS Live Trilogy Ep II: The Red Bullet’ was held in 2014 when they went around to the Philippines, Singapore, Japan, Thailand, and Malaysia to make more BTS fans around the world.

Another Japanese single by BTS was made public during June 2015, namely ‘For You’ that did not go unnoticed either. Rather, it topped Oricon’s daily chart. During the 2015 Mnet Asian Music Awards, BTS hit another goal by qualifying for the honor of the Best World Performer award owing to the tremendous amount of love and blessings from their fans across the globe.

The second album ‘Wings’ was released by BTS in 2016, which broke the record for ‘Highest Charting and Best-Selling K-Pop Album,’ an honor that was previously held by 2NE1. ‘Wings’ also earned the boy band their second Daesang award for Artist of the Year at the 2016 Mnet Asian Music Awards.

After successfully making a name for themselves across major countries in the world, BTS came across yet another milestone once they became a singing sensation across the USA. Bangtan Boys qualified for the Top Social Artist Award at the Billboard Music Awards held on May 21, 2017.

The title track ‘Spring Day’ of their newly released album ‘You Never Walk Alone’ topped South Korean music charts immediately after release, and its music video received over 9 million views in a matter of 24 hours.

The seven-member South Korean band also collaborated with The Chainsmokers’ Andrew Taggart on a track titled ‘Best of Me.’ BTS also managed to become the first K-pop boy group to secure a position on Billboard’s Hot 100 after releasing ‘DNA,’ a single track.

KPop’s further collaborations consist of ‘Mic Drop,’ a remix version that was prepared alongside Steve Aoki, and it secured 28th ranking on Billboard’s Hot 100. Both ‘DNA’ and ‘Mic Drop’ had their Japanese versions made as well.

BTS was a special guest of honor at the American Music Awards in 2017, also becoming the first K-pop act to perform at an award show. Furthermore, the boy band had the privilege to join Ellen on ‘The Ellen DeGeneres Show’ in the same year.

In 2018, BTS  was awarded its very first double-platinum certification in Japan and 2 gold certifications in the USA. ‘Love Yourself: Tear’ also became the highest-charting album ranked as No. 1 on the Billboard 200 chart, while ‘Fake Love’ made it to No. 10 on Billboard’s Hot 100 list. Bangtan Boys also performed live during the 2018 Billboard Music Awards and managed to get their hands on the Top Social Artist award, the second time in a row.

The success trail for these young and talented boys is far from over. With only 5 years into the beginning of their musical career, this K-pop boy band has achieved more than any other K-pop group. It has managed to inspire young musicians, singers, songwriters, rappers, and choreographers on a global scale with a commendable success rate.

BTS, otherwise known as the Bangtan Boys, is amongst the rising K-pop sensations around the world. This seven-member South Korean boy band has taken the K-pop culture to a whole new level, allowing Korean pop music to entertain a global audience. For those of you who are not aware of K-pop, it is actually an... 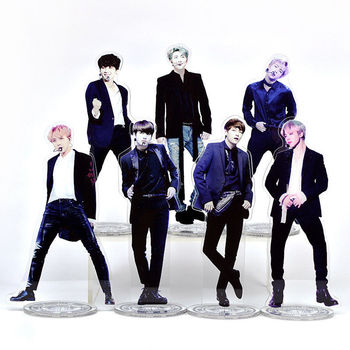 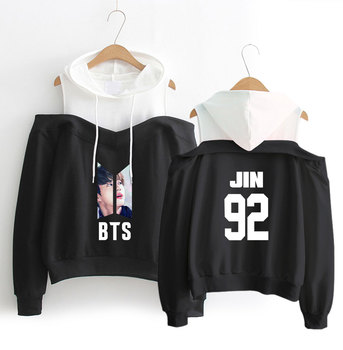 Kim Namjoon or popularly known as Rap Monster, RM, or simply Rap Mon is the frontman and leader of BTS a South Korean boy band that has been taking the world by storm. As you can see on the title, he is considered the tallest member of the group....