Go Back to Shop All CategoriesBlogBTS
HomeBlogBlogWhat Are The Top 10 Reasons Why Jungkook Is Sweet?

BTS is a well-known seven-member K-Pop music group, which consists of J-Hope, RM, V, Suga, Jimin, Jin, and Jungkook. The youngest or the maknae of the group is Jungkook. Furthermore, he is also given the moniker ‘Evil Maknae,’ because he often does annoying things to the elder members. However, even though they call him the evil maknae, Jungkook is actually loved for being sweet to both fans and his co-members. In this article, we will be discussing 10 reasons why Jungkook is sweet to his ‘hyungs’ or elder brothers. But before that, let us first get to know who really this maknae is. Read on to learn more!

Jungkook: Who really is he?

Jungkook is a South Korean singer, dancer, and rapper. He is the youngest among the worldwide famous K-pop group –BTS or Bangtan Boys. He often goes with the name JK as well.

Jungkook or Jeon Jung-Kook was born on September 1, 1997, and is now 21 years of age. His zodiac sign is Virgo. He stands at 178 centimeters and weighs about 67 kilograms. Furthermore, Jungkook was born in Busan, South Korea.

Moreover, Jungkook attended Baek Yang Middle School and later, Seoul School of Performing Arts. In February 2017, he graduated. Because of the group’s busy schedule, Jungkook was not able to attend his graduation right. Nonetheless, all the other members of BTS celebrated his graduation. In fact, they even recreated their picture that was taken when Jungkook first entered his school.

Jungkook made his debut with BTS in 2013. He is well-known for his great presence on the stage. He is a great singer, dancer, and rapper. Due to the international fame that BTS has gotten from the ARMYs all over the world, the members of the group, including Jungkook is now earning millions and millions of dollars. As a matter of fact, Jungkook has a net worth of about $3.8 million for his work being a performing artist.

Here are the top 5 facts about Jeon Jungkook that you might find interesting:

Just like any young men nowadays, one of the most favorite hobbies of Jungkook is to play video games. In fact, he has shared quite several videos of him playing Overwatch. Furthermore, during his interview with the Yahoo Esports, he even said that his favorite player is Yulmu Appa.

He was just 15 years old when he debuts with BTS and begun high school one year late, so he can focus on the group. As I have stated above, he graduated in February 2017, which was also celebrated by the other members with him.

He might be a member of one of the most popular bands in the world, but Jungkook is still developing his very own sound through learning from his idols. You can search for his covers on YouTube. One of his biggest hits is his cover of Charlie Puth’s ‘We Don’t Talk Anymore.’ As a matter of fact, the Grammy award-winning singer then tweeted about this after he heard of Jungkook’s cover.

Jungkook, aside from having the moniker ‘Evil Maknae,’ is also called the ‘Golden Maknae’ as he has an all-around skill set. The way he dance is something that could be a surprise to you and to many. He really is good at it.

He might be the youngest in the group, but you shouldn’t mistake his age for inexperience. In fact, Jungkook takes center and front positions in a lot of the performances of BTS, and he has grown so much having these amazing skills.

Top 10 Reasons Why Jungkook is Sweet

Jungkoook is famous for his wide array of talents, but the ARMYs know that the greatest attribute of this Golden Maknae is his golden heart. Here are the top 10 reasons why Jungkook is the sweetest:

Aside from his golden heart, he has the most angelic voice that matches it.

A fan has spotted Jeon Jungkook showing his golden heart at the ISAC or Idol Star Athletic Championships in 2017. He stopped just to help the staff and crew members at the show, just to pick up some garbages left on the facility’s floor.

His smile can light up a room. He doesn’t fail to give his smiles to all the ARMYs, and those who are around him.

Even though Jungkook is now an international star, he has stayed so humble through all of it.

Jungkook is actually as silly as he’s skilled. His endless silliness is what brings fans all over the world, happiness. May it be stuffing things in his mouth, or doing some ridiculous dances, he is sure to make you happy.

He never fails to express his love for ARMYs –and he always takes every opportunity to thank them for supporting BTS.

Even though Jungkook is gifted with a lot of talents, you can’t deny the fact that he’s worked so hard just to get where he is now. He had to surpass a lot of obstacles, including his shyness to reach his full potential. His journey of being an underdog to being a superstar now has been an inspiration to many fans all over the world to pursue their own dreams.

He is a natural-born performer and a perfectionist. He does not aim in meeting any expectations –he just wants to exceed them every single performance he has.

On one episode of ‘Visiting Teacher,’ TV personality Kim Sung Joo said that Jungkook rescued and saved him from a dangerous situation at the DMC Festival in 2016.

Jungkook is a very strong guy, inside and out, and he has proved that he is someone that his members can rely on every time they need a crying shoulder. He is always there for his brothers when they need him the most. And he considers other member’s struggles as important as his own.

Overall, BTS’ Jeon Jungkook is an astonishingly versatile artist with a golden heart. He always proves it every single time he takes on the stage with the other BTS members. There is no denying that he really is handsome, great singer, dancer, and rapper –but it is apparent as well, that he is also a kind-hearted and sweet guy to his hyungs and to those around him.

Top 10 Facts About Worldwide Handsome, Jin Maybe you have heard of the South Korean boyband BTS or Bangtan Sonyeondan before. If you do, then you must have noticed this one member who is oozing with handsomeness and confidence. If you are part of the ARMY or the fans of this K-pop group, you perhaps...

20 New BTS Merch You Have Never Seen Before So you probably already have seen a ton of BTS merch and maybe you already have many of them. But now you want something new but can’t find it? Well, grab a tea, something to eat and let’s begin our new BTS merchandise blog post. Every day... 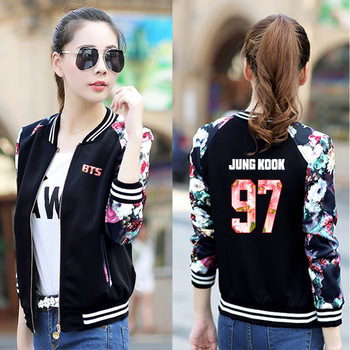 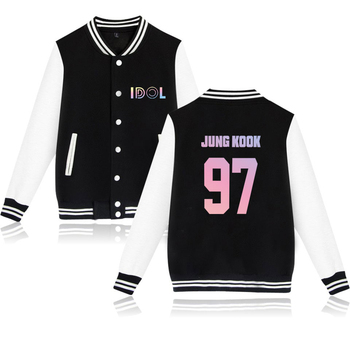